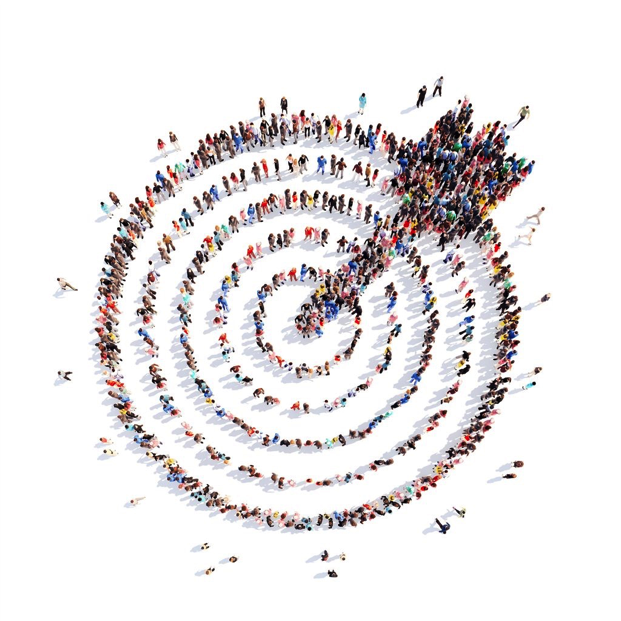 I recently read about a study done about what people picture in their mind’s eye when they imagine. The initial question posed to the individuals in the group was, “What do you see when you first imagine anything?”

Most men (better than 60%) answered ‘blackness’ or ‘darkness’ as what they initially imagine when they set out to picture something in their head.

Most women (better than 60%) replied they first imagine ‘a light purple-y shade’, ‘like the color of the sky at dusk or at dawn’. These are women between the ages of 15-75 years. So that appears to say something profound. Not sure what, but it does seem significant.

After coaching and producing (and branding) scores of voice talent over the years, I can honestly attest that most voice talent can no more art direct (or create their own brand identities) any more than they can successfully self-produce their own VO demos. They are awful at… BOTH!

This may be equated to the fact that a bulk of graphic artists open with, “What do you first imagine for your graphics?” To which the talent quickly reply (yep, you guessed it), “blackness” or “a soft lavender”. Unfortunately, it appears the creativity typically stops dead in its tracks right about there.

This is not to say all dark graphics, or mostly purple-y brand identities hold no aesthetic value. It’s just that opting strictly for the first and only thing that comes to mind shouldn’t be the extent of your creativity. That would be considered lazy and the height of bad advertising.

Considering your target audience is largely commercial producers or former commercial producers (better than 83.8% according to Pew Research), bad advertising only stands to undermine your brand before it’s been established! Just as mouths, waveforms, microphones—especially those old timey, ribbon-style mics, and talk bubbles are the lowest common denominator creative-wise only further works against you if you stop there.

Best advice: AVOID THEM ENTIRELY! Besides, none of these graphic elements say anything specific about you anyway. We already know you’re a voiceover because you’ve included the word ‘voiceover’ in the logo! (And if you haven’t, you SHOULD.)

So, how DO you successfully art direct your graphics and create a pleasing, memorable brand identity for yourself?

Here’s what we suggest:

Please AVOID changing your name. I don’t want you to add any additional obstacles to getting paid. And JoeDoesVOX.com or JaneTheVoice.com will only add to sealing your destiny with obscurity and anonymity.

We want you to make your name KNOWN and professionally associated with voiceover… not singing… that’s an entirely different field. Stay in your lane if you intend to accomplish positive results. The only time you honestly need to change your name is if your name is already taken by someone in the union (SAG-AFTRA). Becoming union SHOULD BE your goal, and in the union there can only be ONE Jane Doe or John Q Public. (Besides, the union offers better pay, work conditions, agents, career accomplishments and so on.) If you share the same name as a notorious serial killer—that would certainly warrant a name change.

And just as vital, USE YOUR WHOLE NAME, first and last. There’s only one Cher, Madonna and Gaga. So, while you are establishing yourself or forwarding your career like never before, make sure your identity features your name and connects you with professional voiceover.

Also, it’s worth mentioning, as a voiceover the abbreviation is VO, not VA. VA implies the Veterans Administration or the state of Virginia. Not voiceovers or voice actors for that matter, professionally speaking.

Do a little research on your name online in advance of creating your logo. Google your name to avoid death by association, even if you have nothing to do with that person, name or what have you.

#2. Leave it to the professionals!

If you’re not already a successful, professional graphic artist, please step away from the Adobe Illustrator. To choose a graphic artist, begin by viewing some of their past work. Point out fonts, color combinations (color stories), shapes, combinations and images that you identify with most.

#3. Resist the urge to give your graphic artist “specific directions”.

If you’ve hired a professional, trust them to do the work! Prior to them creating anything, you chose them because you liked logos they’ve created in the past: the fonts, shapes, color combinations and such must have spoke to you. Great. Let them create, then offer modifications if the designs require them after you’re presented 3-4 options.

#4. The goal is your logo should look like how you sound. Easier said than done, but it can be done.

Ask yourself whether what you’re thinking will ultimately suggest who you are vocally.

If nothing comes to mind, tell your graphic artist just that and rest easy. Again, it’s not your job! Turn that responsibility over to your graphic artist and see what they come up with. Weigh in only once they’ve created something for you to respond to as to what you like and what you don’t.

#5. The best art direction you can offer is conceptual rather than literal.

For example, Mid-Century Modern meets a touch of Hollywood Glam or Crate & Barrel meets a beachy, coastal feeling—rather than giving them literal direction, such as, “I always imagined my graphics would be: an illustration of a woman in a long evening gown, leaning against a lamp post, smoking a cigarette, and my name would be spelled out in the smoke.”

Believe it or not, I’ve had no less than four people come up with that precise image over the years. I’ve yet to see this art direction meet the voice talent’s expectations as they had hoped because it was so specific—and frankly didn’t communicate who the talent was style or type-wise either. Each time, even when the illustration (it’s NOT a brand identity) was well crafted, it typically looked like a hooker on a corner on a cold night. Not quite the branding result any of the talent had initially intended when they offered this art direction.

The take-away from all this: How you hope to be seen and who you honestly are often two very different things. Creating your graphics prior to developing your product (namely: YOU and your voiceover demos) will result in promoting a look that’s likely to be missing key ingredients that had yet to be determined. So, avoid creating your graphics PRIOR to training and producing your demo tracks.