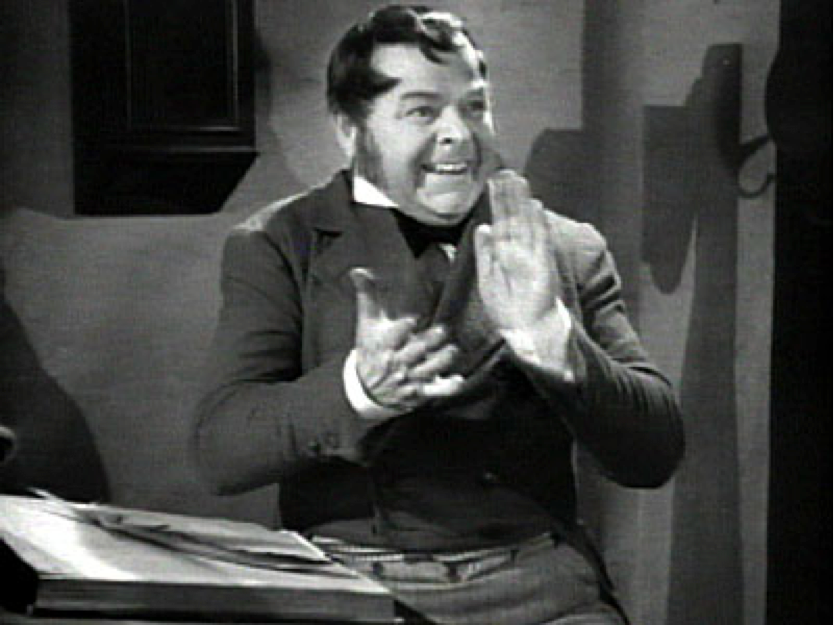 It’s that time again! ’A Christmas Story’ is playing on a loop for two weeks straight on cable, and as much as we love it, we need some new blood added to our Christmas movie playbook.

We come to rely on a select handful of Christmas movie staples, movies that just don’t have the same impact in the middle of July or August. Odd how watching them any other time of the year other than December tastes like a bitter swig of saccharine.

But it’s Christmastime! And there’s nothing like getting cozy with a perfect mug of hot cocoa (perhaps with an added shot of cheer) and immersing ourselves in ’Love Actually’, ’It’s a Wonderful Life’, or ’A Christmas Vacation’ to set the tone of the season.

And, much like social media, I happen to think your favorite Christmas movie says a lot about you, your perspective, your sense of humor, and how you relate to the world. Every year we hope and dream of a renewed dose of soul-stirring magic added to our collective cinematic psyche.

With that, I present my brief, but playful list of Christmas movies you may not have had the pleasure to appreciate… yet. I’m guessing you’ll find something fresh to add to your Christmas movie canon.

1. 29th Street (1991) Can luck be a curse? Perhaps. Or so this story goes. I must tell you this is my favorite ’below the radar’ Christmas movie bar none! (And stars Danny Aiello, as a small tribute, too!) Consider it my gift to you. *
2. Meet John Doe (1941) I dare you not to fall in love with Gary Cooper in this film. In a word: brilliant. *
3. The Man Who Came To Dinner (1942) Written by Moss & Hart, starring Bette Davis, Ann Sheridan, Billie Burke AND Jimmy Durante… it’s a terrific mess. P.S. I’d suggest you catch the stage version if the local Community Theatre would be so bold as to tackle this classic. *
4. Meet Me in St. Louis (1944) Great music, great story, great everything! Judy Garland met and married director, Vincente Minnelli with this film. I’m betting you will too! *
5. Mixed Nuts (1994) Nora Ephron serves up this all-star headed by Steve Martin and Rita Wilson. It’s sweet, funny, ridiculous, and at the end of the day well played. Liev Schreiber makes his film debut here. (If you’re 12 and over… you’d be entertained. My asterisk convention kinda gets tossed out the window on this one.)
6. The Family Stone (2005) Diane Keaton and Craig T. Nelson head this family, which I first thought was “trying too hard”. But, it’s honestly funny and real, and I really love these characters centered around one sweet, simple premise: Love. *
7. Kiss, Kiss, Bang, Bang (2005) Here’s a “buddy picture” starring Robert Downey, Jr, Val Kilmer and Michelle Monaghan that’s a hilarious, suspenseful, romantic treat. Not a family pic, but so fun for grown ups with a need to scratch a bit more than a seasonal itch. **
8. MouseHunt (1997) Nathan Lane and Lee Evans deliver something few if any do well: Modern day slapstick. I cry with laughter at this movie. GREAT character roles. Christopher Walken among them. Perfection. *
9. White Christmas (1954) Directed by Michael Curtiz, starring Bing Crosby, Danny Kaye, Rosemary Clooney, and Vera-Ellen, this is the film that premiered VistaVision to combat that crazy “fad” television that was sweeping the nation! And even though I wasn’t even alive in the ‘50’s, when I think of Christmas, these are the images that meld so completely with my own of family gatherings filled with happy aunts, uncles, and cousins singing carols, and laughing around the piano as if we didn’t have a care in the world. *
10. Brazil (1985) Directed by Terry Gilliam, co-written by Tom Stoppard, starring Jonathan Pryce, featuring key performances from the likes of Robert De Niro, Michael Palin, and Katherine Helmond. If you were looking for a cult-classic, dystopian, Sci-fi black comedy set… and here’s the kicker—at Christmas, look no further! You found it! **
11. The Muppet Christmas Carol (1992) First off, Michael Caine as Ebenezer Scrooge is inspired. This is a fitting tribute to Jim Henson, directed by his son, Brian, shortly after his untimely death. Frankly, it’s awesome. *
12. Comfort and Joy (1984) This is the Scottish director, Bill Forsyth’s film, not to be confused with the Lifetime Television made for TV production of the same name. This film is a gem! *
13. Trading Places (1983) Eddie Murphy, Dan Aykroyd and Jamie Lee Curtis head this hilarious cast. Ralph Bellamy and Don Ameche define what Wall Street bad guys do for fun. (Once again, if you’re over 12, you’ll probably love this movie, but there’s a couple questionable scenes. So, ask your Mom first. Just a heads up.)
14. The Shop Around the Corner (1940) This is the Jimmy Stewart Christmas movie you probably never saw. This cozy, warm-hearted film is the original inspiration for at least 4 successful versions since. Personally, I like the real deal best. *
15. The Snowman (1982) Pure animated bliss that transcends age, language and time. *
16. Babes in Toyland (1934) Laurel and Hardy tickle the funny bone with this classic in a way that may make an old movie buff out of the most ardent video gamer. Cool. *
17. Holiday Inn (1942) Starring Fred Astaire and Bing Crosby. Irving Berlin wrote the Christmas songbook with this baby, and even introduced the tune White Christmas as a bonus. (The 1954 film of the same name is loosely based on Holiday Inn.) I have to admit I watch this film around the 4th of July too. It’s a bit of a funky tale of the seasons, 1930’s style. Granted your social mores will be challenged in this picture, but sit tight, you can take it. It’s well worth seeing overall! *
18. Joyeux Noel (2005) Not all was quiet on this WWI front. This one falls under “if it isn’t true, it ought to be” of a Christmas Eve spent 100 years ago on the front lines. It will give you hope in humanity again. Beautiful picture! *
19. In Bruges (2008) Colin Farrell, Brendan Gleeson and Ralph Fiennes star. Dark, brooding, moving, funny, frightening, the real deal. This is a great film. SEE it! **
20. Reindeer Games (2000) Ben Affleck, Charlize Theron and Gary Sinise. Action, deceit, corruption, foul play, and the old switcheroo: everything you’re looking for in a holiday film! **
21. Ideal Home (2018) Steve Coogan and Paul Rudd receive an early Christmas gift in one 10 year old boy, who challenges who they are to him and, ultimately, to each other. GREAT story. Well played. Hilarious. Touching. Current and cozy! (Pass the nutty, sticky buns!) *
22. A Christmas Carol (1938) Yes, this picture is way frickin’ old. Yes, this story is timeless. Yes, this is the one you should see. (Although the 1951 Alastair Sim version is pretty cool, too. I just like this one best.) *
23. The Black Stallion (1979) Okay, full disclosure: This movie doesn’t have a thing to do with Christmas, but I love to watch it just after breakfast on Christmas morning, or at least the very next day if I can. Find it. See for yourself. It gives one hope against the most impossible odds. And that, my friend, is what Christmas is all about. *

* Great for all ages. (It won’t make you squirm when watching with Grandparents and wee ones.)

** PG-13 or better. (This one will make you squirm a little in mixed company—or at least it should.)

Wishing you and yours a happy holiday season
& a healthy, happy New Year!
From Kate, Jeff & Travis at Actors’ SOUND ADVICE!
www.voiceoverinfo.com