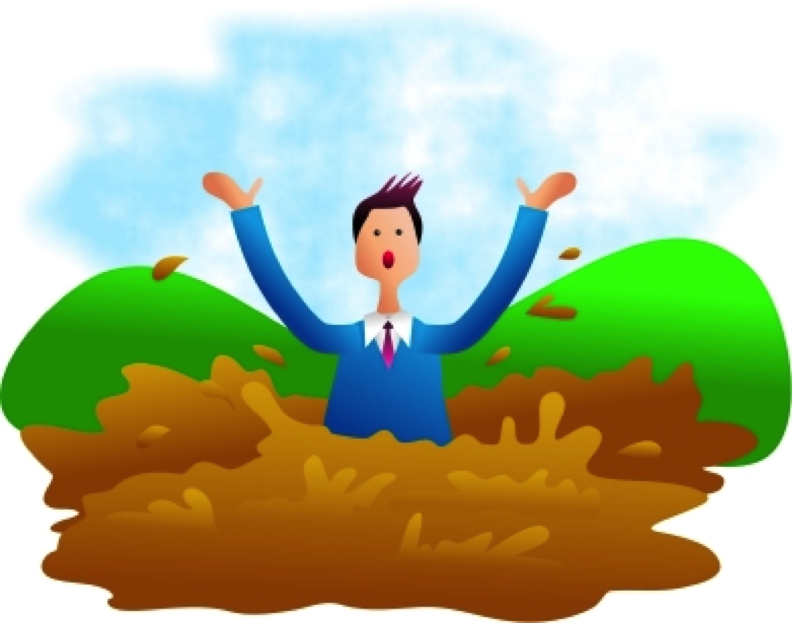 You can’t tell yourself how NOT to do something.

Yet, before you even open your mouth to utter the first syllable from your script, before you even set foot in the booth—there’s already an internal monologue going on inside your head. I can hear it all the way over here like a small child incessantly banging on a tin pot. “How am I going to say it? How am I going to say it?” is the likely self-sabotaging, mental mantra. That noise impacts every move you make.

So, whether you like it or not, even though that remarkable mind of yours keeps chatting away throughout your performance, its imperative you direct your attention to achieve the most productive results. This requires practice, which isn’t immediately intuitive. Because even though we can’t read your mind, whatever you’re thinking—whatever you’re telling yourself during the take, will directly impact your performance.

For instance, you can’t tell yourself how NOT to do something.

It’s fruitless. Try it some time. Tell yourself, “Whatever you do, DON’T think of a banana!”

You thought of a banana, didn’t you? Exactly.

My point is your brain doesn’t register “don’t” when you’re self-directing. Instead it receives, “Think of a banana.” Or whatever you were telling yourself NOT to do, or think. This train of thought ultimately focuses on what you DON’T want in your performance equation, which, unfortunately, is the result of how your performance will subsequently play out. I call it “banana directing”.

It happens a lot with clients when they’re offered direction during a session. “That whole thing was good at the top, just don’t do what you did at the end. And… rolling!”

Just as in life, where you direct your attention will ultimately impact your performance. So, provided you’re manned with a handful of extraordinary self-direction techniques and you make a habit of them, you’ll learn to trust your creative impulses and develop the agility necessary to take calculated risks with every take. Which is why this could very well be the most avoidable self-sabotage there is. Yet every skill level of talent has fallen prey to it. It speaks to the core of your job as a professional talent: agility, and it can determine what makes you valuable.

Voiceover, like all acting, is a ‘time-art’. By that I mean you’re expected to continually create with each and every take, rather than attempting to craft a single, solitary (repetitive) performance within a designated timeframe.

‘Matching’ a read you did prior is one thing. But offering usable, effective options with each and every take within the context of the piece, is quite literally what you were hired to do as a professional talent in ALL recorded media (such as film and television), not just voiceover.

Considering you’re capable of an unlimited number of remarkable reads, and we just need a few strong options to accommodate changes the client may request, rather than sounding like a broken record from one take to the next, your ability to continually create is key. No one needs 10-30 takes of the exact same thing over and over again, with little or no change from one take to the next. That’s not very creative, and of no use to anyone.

I understand it may seem as if I’m suggesting you offer dramatic departures with each and every take, but I promise you I’m not. Instead, by allowing yourself to play the moment and offer some variance in your expression from one take to the next, you’ll likely discover you’re capable of a limitless number of remarkable, reads.

Maintaining your creative muscle by applying game-changing techniques, dramatically improves your ability to fully commit to any direction you may be given—even if you disagree with the direction offered. This is required of you regardless of the genre of voice acting you may be voicing. It’s literally the difference between a stealth professional voice actor, and a novice.

You might be surprised how many talent bemoan the fact they aren’t getting much direction. Yet the very same people typically reject any direction once it is offered, very often without realizing it simply because they aren’t accustom to receiving direction, modifications or corrections in the first place.

Considering the ONLY time you’ll likely receive direction today is during a recording session from the producer or client who hired you, its very likely you may find you’re completely out of practice to immediately apply the modification requested of you. Like all skills, training is a matter of conditioning. As the saying goes, we are what we repeatedly do.

So, if your performance has largely gone unchecked, you’re likely to perform out of sheer muscle memory and completely repel (or scarcely apply) the direction you’ve been given. The problem is this is the least creative approach you can possibly take with your career, which may be the reason you’re not booking as often as you should. Unfortunately, far too many talent rationalize they have followed the direction offered, but usually just barely.

Talent often erroneously assume those directing them know precisely what they want and can articulate exactly how they expect you to say each and every phrase. These assumptions force unseasoned clients to micro-manage your performance, which is never an effective approach for the production at hand, let alone for your professional reputation.

Self-direction is necessary from the very start of your performance, however it is not immediately intuitive. It’s nothing new, although this concept may be new to you. No one can do a thing with you as a talent until you first do something dynamic, interesting and creative within the context of the script offered.

If you’re drawing a blank, rest assured—you’re not alone. That recording booth can become something of a sensory deprivation tank if you’re not careful. This is, again in part, why we train. Expecting a potential client to supply you with an imagination, rather than the other way around, won’t make you a reliable, valuable voiceover. The burden falls to you to offer an engaged imagination and your own unique point-of-view (POV)—not the other way around.

Challenging your comfort zone on a daily basis is how you learn to trust your impulses and continue to develop your skills. It requires telling yourself what you want included in your performance, instead of what you don’t. Again, this is where training comes in.

Developing the necessary conditioning in order to be prepared and ready to deliver your best at a moments notice is why we train. This will be your homework as a professional talent for the duration of your career.

Your confidence and ultimate success depend on how well you hone these skills that build and maintain your greatest assets and abilities—instead of leaving your voiceover career completely to chance and coasting on autopilot as far too many talent typically do.

No one can direct you if you can’t first direct yourself, and that begins with imagining what you want your performance to include.