Should You Change Your Name?

As a coach and casting director I’m often asked, “Do you think I should change my name?” almost as often as I’m asked, “What do you think of my voice?”

Listen, I get it. We don’t become actors because we want to “be ourselves.” Never mind that the first thing you hear at every audition is, “No acting, please. We want you to just be yourself.” We become actors because we relish the opportunity to see the world from a different perspective. And we’ll go to great lengths to view life from an alternative reality, or step into a new identity. For some of us, that begins with a ‘stage name’.

As I see it, there are three good reasons to leave well enough alone when it comes to changing your name:

1. Good luck convincing your bank to cash that check you worked so hard to earn when it’s made out to someone they’ve never heard of, and actually doesn’t exist. Frankly, I have an issue with anything that stands in the way of you cashing checks for work well done, and randomly changing your name just might do that.

2. If you suddenly change your name to Peter Parker, when your name is Jack Robinson, it’s a non-sequitur (sorry, Spiderman!). Your name change may mean something to you, but absolutely nothing to anyone else.

3. Do you honestly need more help remaining anonymous? Changing your name means any progress or work you may have done thus far, and any allies and relationships you’ve built to date belong to your original name… who no longer exists.

My point is this: if it ain’t broke, don’t fix it.

That said, here are two good reasons to change your name:

1. If your name is the same as a notorious serial killer or has an obvious negative connotation and you’d rather not be associated with what that might imply, then no one would blame you if you changed your name.

2. Your name is already taken by a SAG-AFTRA (union) actor, you won’t be able to use it as your professional name. Or if you have a rather common name, like Joe Smith or John Doe. (Come to think of it… that’s taken too.) Certainly your mission should be to become a union talent, if you aren’t already, so this is an important element to consider prior to changing your name.

However, the union will not be able to tell you whether your name is taken in advance of joining. According to the SAG-AFTRA site: “Because the list of available names changes daily, it would not be helpful to you for us to research your name choices before you join. During your joining appointment, we will ask you for three alternate name choices, in case your first choice is not available. A final name-availability check is done at the time the initiation fee is paid. Only then can an applicant be assured of having a particular professional name.”

In fact, this is how a young Phil Hoffman ended up being known professionally as Philip Seymour Hoffman. He never used his middle name prior to joining SAG at the ripe old age of 25 when he landed a key role in “Scent Of A Woman.” Phil Hoffman and Philip S. Hoffman were taken as well. So was P.S. Hoffman, and the rest is history.

Your name ultimately becomes your identity—not necessarily how you see yourself, but how others come to know you. Using his middle name certainly didn’t hurt Philip Seymour Hoffman’s career. He made a remarkable name for himself by creating extraordinary characters. So, while you may find your own name tired and lacking flair at the moment, don’t give yourself a problem you don’t have.

Best advice: unless you know for certain someone in SAG-AFTRA already has your name, I’d avoid going to all the trouble.

Let’s face it you want your name to mean something. Change for change’s sake is never a good idea. Instead, work on establishing a name for yourself as a reliable talent and a dependable brand.

Of course, if you have a name that’s difficult to pronounce and you were hoping to change your name for simplicity’s sake, consider this: people are more likely to remember your name over time whether it’s difficult or not. They grow to like your name because they like you and what you do. Allow them the opportunity to rise to the occasion.

Our Next LIVE Webinar! 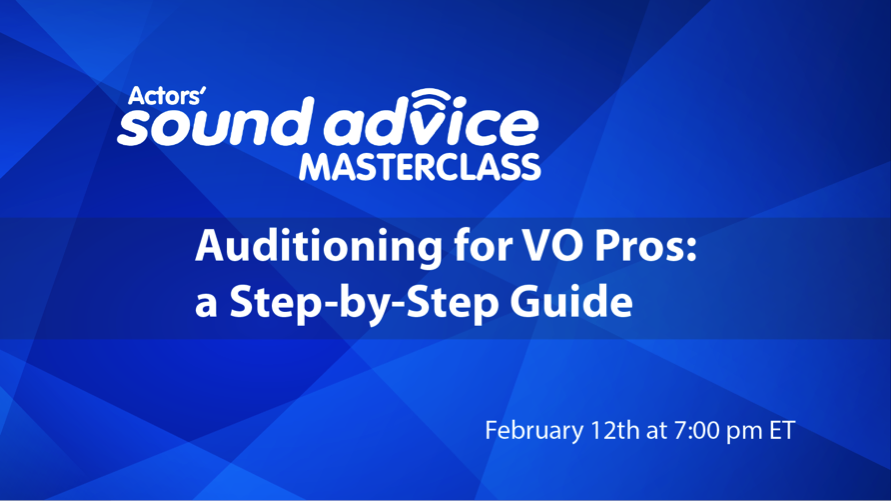 During this Webinar we’ll cover:

- What's Expected of YOU with Every Audition