How to Study Commercials & Television to FEED YOUR READ! 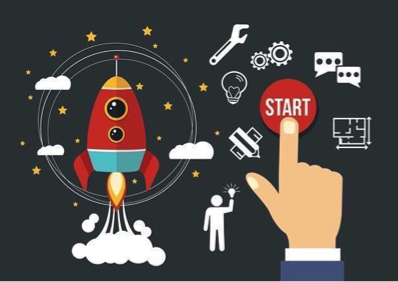 You have to study the medium you intend to work in if you hope to feed your imagination—which ultimately reflects in your performance. Lucky for us, today we’re able to view and study television, voiceover, film, and commercial work with greater ease than ever and from almost anywhere.

If you’re ‘old school’ you could rent a DVR (digital video recorder) through your local cable provider for a monthly fee. However, like the legions of cable-cutters across the globe, there’s always streaming apps with cloud-based DVRs you can rely on with services such as Netflix, HULU, Apple TV+, and Amazon Prime to name a few that you can rely on.

There are far less commercials on these streaming services (at least for the moment), but don’t let that stop you. Check out iSpot.TV. This site allows you to view many current (and a few retired) commercials that define formulaic styles you’ll likely find yourself auditioning for. iSpot allows you to determine which shows the commercials play during, who the Ad agency is, when the spot last played and quite a bit more without having to sign up to the site as marketing and advertising agencies would. Simply locate a commercial for a product or service you may have liked or been compared to in order to study the spot apart from the distraction of getting sucked into the show. It may have played during a show you already watch most of the time.

In fact, to best study commercials and TV begin with shows you’re already invested in and watch religiously. You’re more likely to land work within your wheelhouse; styles you’re familiar with, and that you find entertaining. That generally translates into work for you as an actor and a voice talent.

Second, make a point to see popular shows that you may have only heard about but haven’t seen yet in order to stay on top of popular styles and references. Do a quick Google search of the top 25 shows. Need help? Make a shortlist of this years Emmy nominees. There’s so much great TV right now you’ll likely discover at least 10 you’ve been meaning to watch. That’s manageable. There’s a pandemic ensuing: Get busy!

Third, it’s your job as a professional to stay on top of what’s current. Considering you’ll likely receive precious little direction on your auditions and sessions alike, much of the direction you will get will most likely be based on pop culture references that directly mirror concepts, characters, tempos, topics and styles lifted from the most popular shows from television, film, social media, and various forms of recorded media.

Frankly, there’s never been as much remarkable content as we currently have today. This is simultaneously a blessing and a curse—it can be overwhelming. So, I suggest you commit to watch just 6 to 8 consecutive episodes to get a feel for the show whether there are commercials playing during the traditionally dedicated breaks or not. The show itself will impact your imagination, and allow for tangible references that you can view, study and apply.

So, rather than attempting to watch that series you missed from the very beginning (which you would have done already, but haven’t), I suggest you something unorthodox: instead begin with the last 3 or 4 episodes of the second or third season, and commit to watching a total of 6 to 8 consecutive episodes total. That’s ALL. This way, if you like what you’ve seen, go back to the very beginning and watch the whole series from the start. In the meantime, watching those 6-8 episodes will give you a better understanding of the chemistry between characters, the themes and concepts conveyed, the various plot twists and devices are repurposed in other forms of media, commercial, industrial and otherwise. This is how these elements become iconic in our mass media and our collective storytelling.

I don’t know about you, but I rarely got hooked on a show because I watched it from the very beginning. At least this way you’ll get the gist of what you need to feed your read, and maybe even find a new fave series in the process. Could go either way. Regardless, the objective here is to improve your frame of reference. You can’t play what you don’t know.

Beyond that, take note of the items I’ve listed for you below to build your observational skills, and make it your mission to become familiar with a variety of recorded media.

1. Is this a commercial or a series? If it’s a commercial, is it a product or service you’d find nationwide? (Avoid concentrating on bad commercials for local products and services. Not that the job isn’t worth doing, but because even small, non-union clients want their commercials to appear national caliber. If you concentrate on the lowest common denominator, that’s what you’ll become. Aim higher.)

2. Do you identify with the one or more of the featured (on-camera or voiceover) roles?

5. Does the reality of the production seem plausible? Or is it a heightened reality?

6. Is there a great deal of narration? Is there a character affectation in one or more of the voices/characters featured, or do the performances seem conversational?

7. What is the overall emotional tone of the spot? Hopeful? Dreamy? Sarcastic? Warm? Stoic? Confident? Authoritative? Edgy? What’s the attitude? Is it witty?

8. Do you recall seeing this spot for a year or more? (If so, could you carry this campaign as the Principal?)

9. Are you seeing a trend in your study? Do you identify most with the protagonist or antagonist on the average? Are you the good guy or the bad guy? The problem or the solution? The voice of reason or the devil’s advocate?

10. Apply this brief list to the shows, games and content you already watch most. These are projects you find most entertaining as it is. See if this brief review offers a bit more insight into how you’re perceived and what we sort of work you might do best.

Dedicate at least five hours a week to this form of study for a solid month. You’ll become familiar with what’s current, and get a better idea of what’s needed of you on auditions.